Crowdsourcing can be a fun and innovative way to test and name new products and find the best possible solutions. Sometimes however, it doesn’t all work out as planned. Today we’ll take a look at some of the unintended consequences of crowdsourcing names for products. 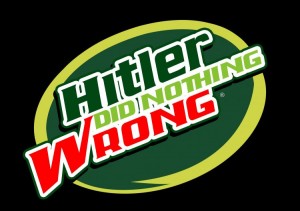 Sometimes the internet can’t be trusted to come up with good ideas.

1. Mountain Dew’s “Dub the Dew” Contest
In 2012, Mountain Dew launched a campaign aimed at naming their new green-apple infused soft drink called “Dub the Dew.” As a crowdsourcing effort, it likely seemed a good idea at the time, building brand loyalty by letting fans name the new product. Unfortunately for them, it wasn’t to be that simple. Hackers, among other trolls, had their piece to say as well. The top candidates for names voted in became “Hitler did nothing wrong”, “Gushing Granny”, And “Diabeetus” among others like “Sierra Mist”, and “Soda”. The insanity went further when the pranksters hacked the website, adding a banner which read “Mtn Dew salutes the Israeli Mossad for demolishing 3 towers on 9/11.” Pop up messages that resulted in unwanted RickRolling were also common. Moral of the story, don’t trust the internet, or at least put some measures in place to prevent this from happening.

2.The National Environment Research Council’s (NERC) name the vessel contest
In 2014, the National Environment Research Council, a British government agency that conducts research into environmental sciences, announced the creation of a new $288 million polar research vessel. The vessel, which is expected to set sail in 2019, was put out for the internet to name. NERC, on their website explained “We would like the name to be inspirational and about environmental and polar science, to help us tell everyone about the amazing work the ship does… The ship could be named after a local historical figure, movement, or landmark – or a famous polar explorer or scientist.” The voters took the voting process very seriously. The result? The RRS Boaty McBoatface. Once again, the Internet showed it’s true colors. And, in typical fashion, the company decided to name it something completely different, the RRS Sir David Attenborough (much to the chagrin of the many voters we’re sure).

3.The naming of the Tranquility Room of the International Space Station.
In a 2009 contest, Nasa allowed the internet to name a new room of the International Space Station. While they did take precautions in creating a list of suggested names for online voters to choose from such as Serenity, Legacy, Earthrise, and Venture, they made one fatal mistake. Nasa added a place to write in an alternative. Someone contacted Stephen Colbert, who then told his legion of devoted fans. Colbert ended up having more than six times more votes than any of the options NASA had provided. NASA declined to honor the contest winner, instead naming the room Tranquility, but later honored him somewhat by naming a treadmill in the structure, COLBERT, after the famous comedian.

In conclusion, if you trust the internet to name things, ensure you still have some control over the naming process. Additionally, ensure that all of your website security is up-to-date so that you don’t get hacked. Otherwise, your product name may end up resembling some of the ones listed above. Or, this could happen.